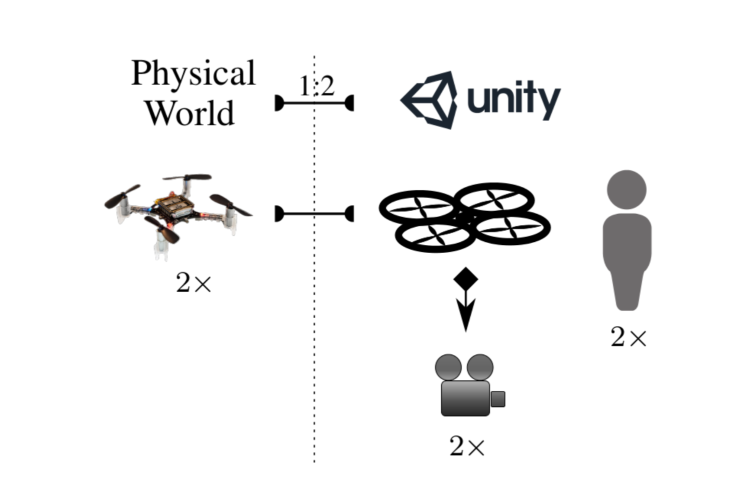 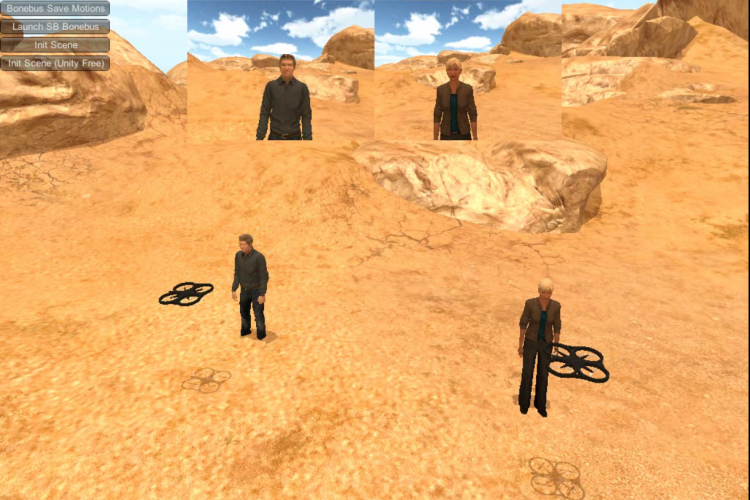 When robots operate in shared environments with humans, they are expected to behave predictably, operate safely, and complete the task even with the uncertainty inherent with human interaction.
Preparing such a system for deployment often requires testing the robots in an environment shared with humans in order to resolve any unanticipated robot behaviors or reactions, which could be potentially dangerous to the human. In the case of a multi-robot system, uncertainty compounds and opportunities for error multiply, increasing the need for exhaustive testing in the shared environment but at the same time increasing the possibility of harm to both the robots and the human.
As the number of components of the system (humans, robots, etc.) increases, controlling and debugging the system becomes more difficult.

We present Mixed Reality as a tool for multi-robot research and discuss the necessary components for effective use.
Furthermore, we present practical applications with different robots (Crazyflie 2 and TurtleBot 2) and simulation platforms (Gazebo, V-REP, and Unity 3D.)

In collaboration with the Mixed Reality Laboratory (MxR).