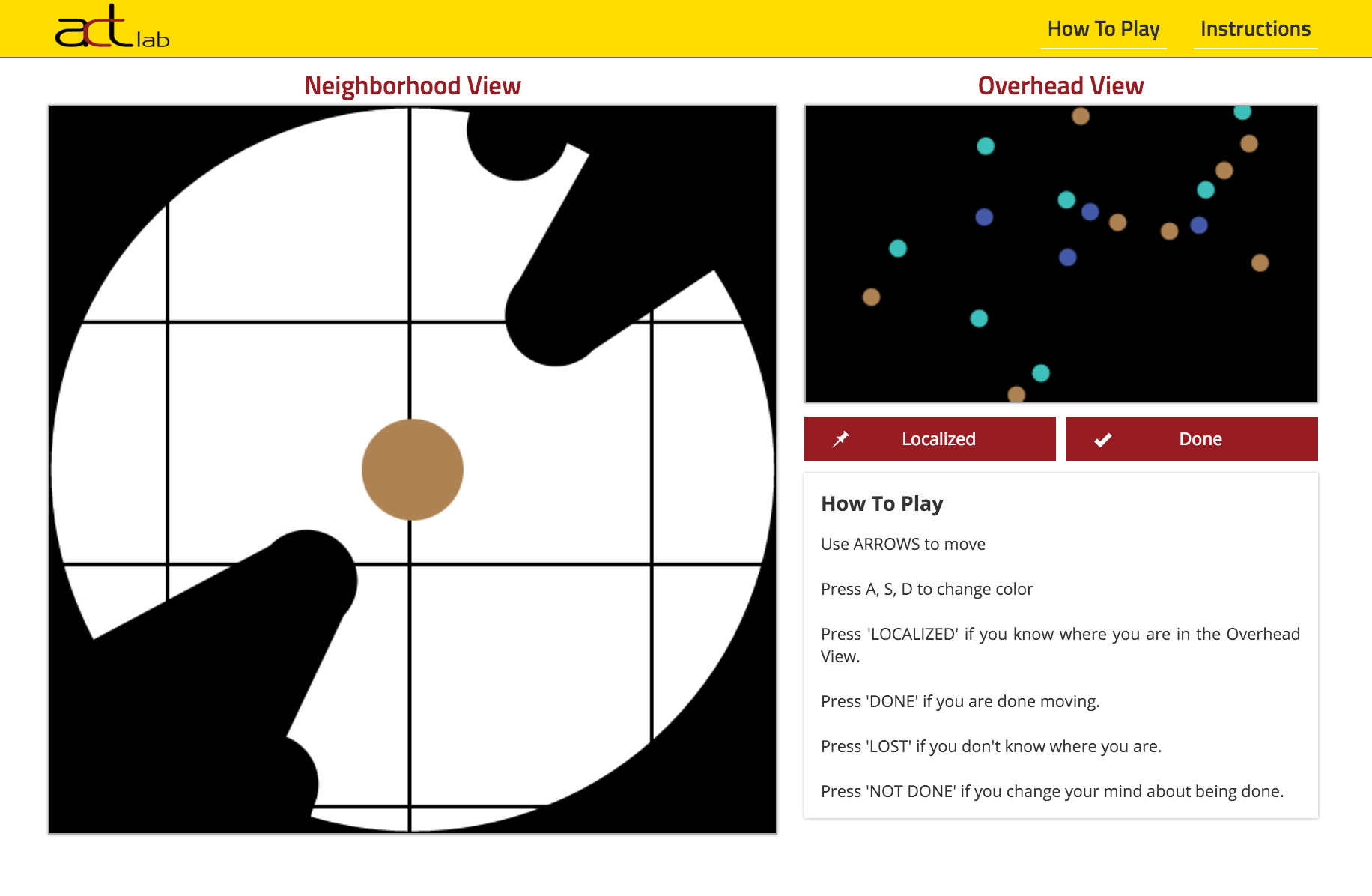 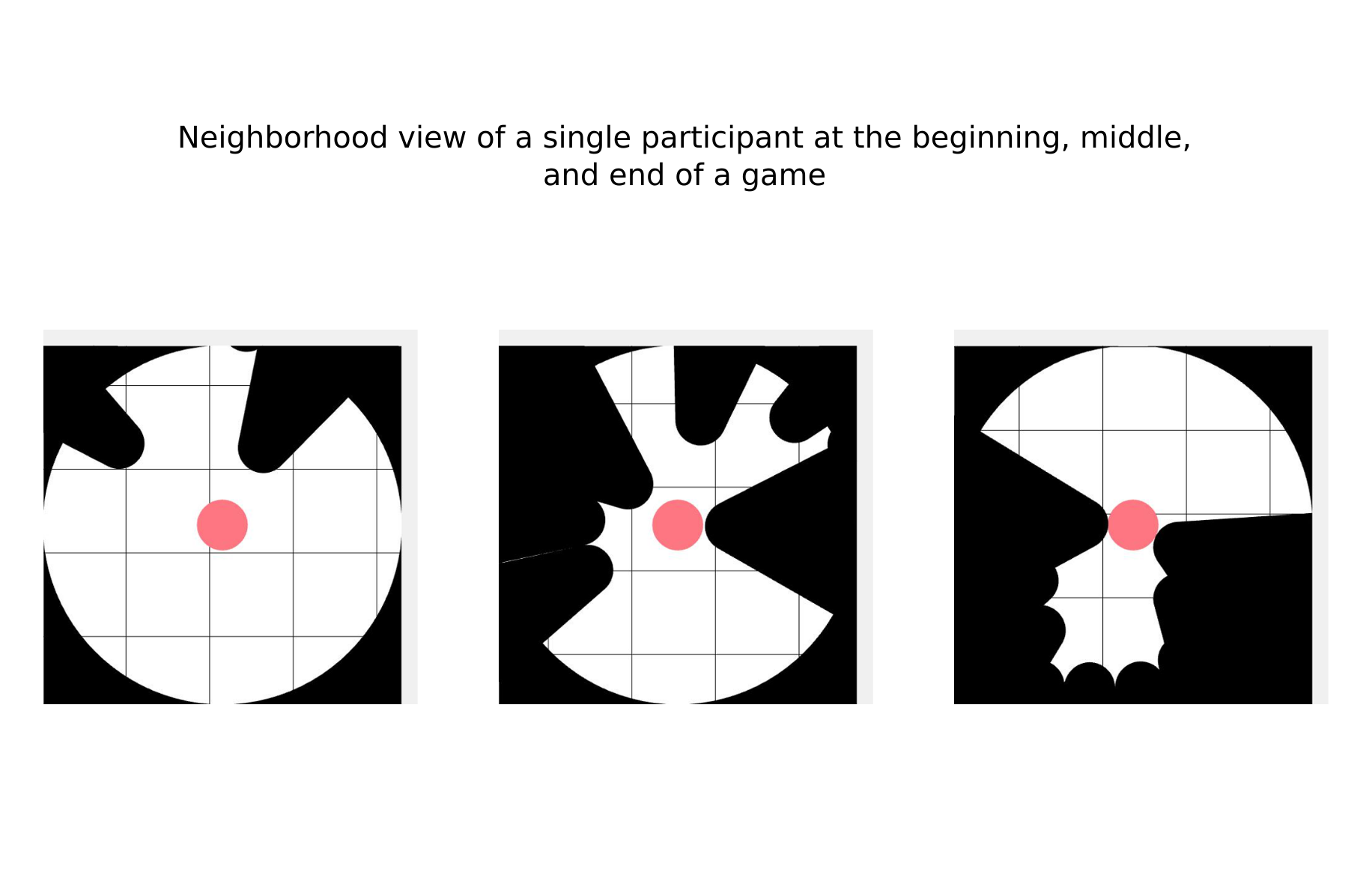 Tasks requiring tight coordination between groups of robots are very challenging. Typical approaches use groups with fixed hierarchies or the same simple algorithms on all robots, which may not work for unknown environments and complex problems. However, humans are very good at coordinating and adapting to changes in the environment. A major reason for this is their diversity. In a group, humans take different roles and work together to reach a better solution than they would individually.

To understand the behaviors humans use to cooperate, we have developed an online multiplayer game in which a group of players must arrange themselves in a formation using only a limited view of their immediate surroundings, simulating a robot with a lidar sensor. We have observed that humans learn to complete this task efficiently, and take on diverse roles to ensure group success. Every group has some players who take a leading role and direct others into place, some who collaborate by joining groups and forming lines, and some who create anchors for the group to form around. Over several consecutive games, players maintain the same roles, and the group learns to tightly coordinate their actions. We plan to train diverse groups of autonomous agents and robots to use these same behaviors to coordinate on shape formation and other complex tasks.

The video below shows a group playing the cooperative game with instructions to form a rectangle. Each participant has only the neighborhood view so can only see the area directly around their position. The players initially form several parts of shapes before finding the rest of the group, and show different roles and communication as they coordinate to form the final rectangle.

Preprints and Papers Under Review